Amongst other games, tennis is one of the most popular sports of the 21st century, and people are playing tennis like never before. With this rise in acceptance, a lot of newbies are getting into the game with low or no knowledge of tennis rules. 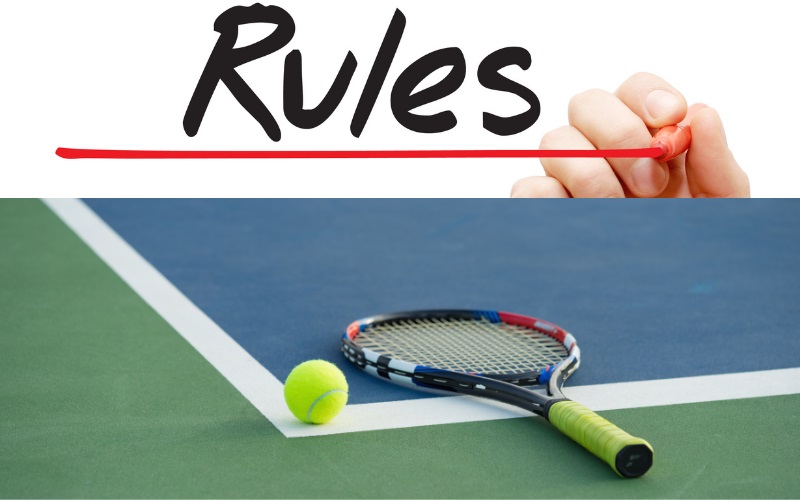 Also, many tennis ground spectators don’t know what’s going on in the field.

If you are not familiar with the tennis rules, this guide is for you, in which we have put together all the tennis rules together, including the singles, doubles, service, and the other rules. We have a separate articles for Tennis Grip and Serve to give you detailed guide.

The Object of the Game

Tennis is played on a rectangular court, in which there is a net in the middle of the ground. Players have to land the ball in the opponent’s area over the net (without touching it) within the lines.

And, if the opponent is not able to smash the ball back to the player’s area, the player gets the point for it.

Finally, the player with more points wins the game.

The tennis match starts with a toss; the toss is usually done using a coin or the racket. The player who wins the toss serves the ball first, and the player who did the wrong call selects the side of the ground.

Service is one of the most crucial shots of the tennis match, as the service can make or break your game.

In fact, the tennis match starts with a serve. There are two chances to serve in a game. If you fault your first serve, you can always go for the second serve. 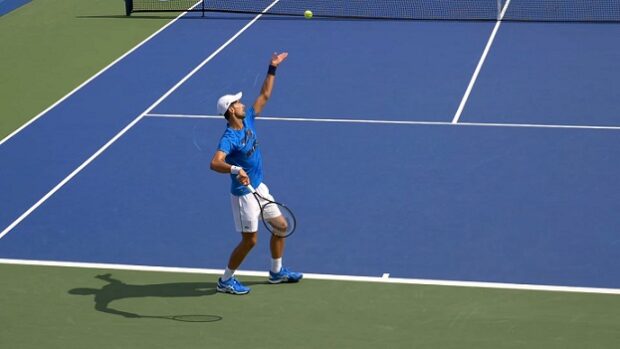 Here are the service faults that you need to avoid.

Let service is a type of service when it’s not considered a fault, but you have to replay the service in most of the scenarios.

A serve is considered as let serve if it has the following attributes: 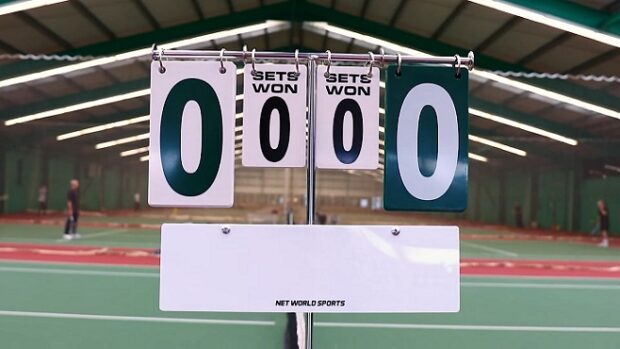 Tennis game is decided based on points. In the Tennis scoring system, we don’t use an average number; instead, we use numerical sequence and French words. Points are counted in the order given below;

Set are made up of games, and the player who wins 6 games first wins the sets. However, just like points, a player has to win by a margin of two. If the margin is less than two and the game goes to 6-6, we introduce a tie-breaker.

In a tie-breaker, we normally count like 1-0, 2-0. The tie-breaker game continues until one player wins seven points with a lead of two or more over his opponent.

In a single, innermost sideline is used, and the total measurement is 27 feet wide and 78 feet long. A single match mostly consists of 3 sets, but in some cases, 5 set games are also played according to tournament preference.

Like normal tennis rule, a player has to win two sets with a margin of at least two games to win a match for a three-set match.

In doubles, the court uses outermost sidelines for point scoring and measures a total of 36 feet wide and 78 feet long.

Total four players are involved, with two on each side of the court, using the full court with baselines and the doubles sidelines.

If you serve the first game, then the opposing team will serve in the next game and in this order, service is served in the whole match. A double game is often played to the best of five sets, and normal rules of point-scoring are used in a doubles match, just like a singles match.

Whether you want to play tennis as a beginner or enjoy the tennis game at the weekend, it’s always a good idea to know the tennis rules.

We have compiled this guide specifically for persons who want to understand the tennis rules thoroughly.

1. Can We Touch the Tennis Net?

2. How Many Games are in a Set of Tennis

There is a total of 6 games in one set. The player with a margin of two-point wins the game. If there is a margin of less than two, then there is another set.

3. How Long is a Tennis Match?

Typically, a best of three tennis matches is about ninety minutes long, and on the other hand, the best of five games lasts for three hours.